The DIGI-COUPLER 75 Ohm is our top level SPDIF digital audio interconnect cable, though is equally suited for Video and HF signal transport at a maximum performance level. 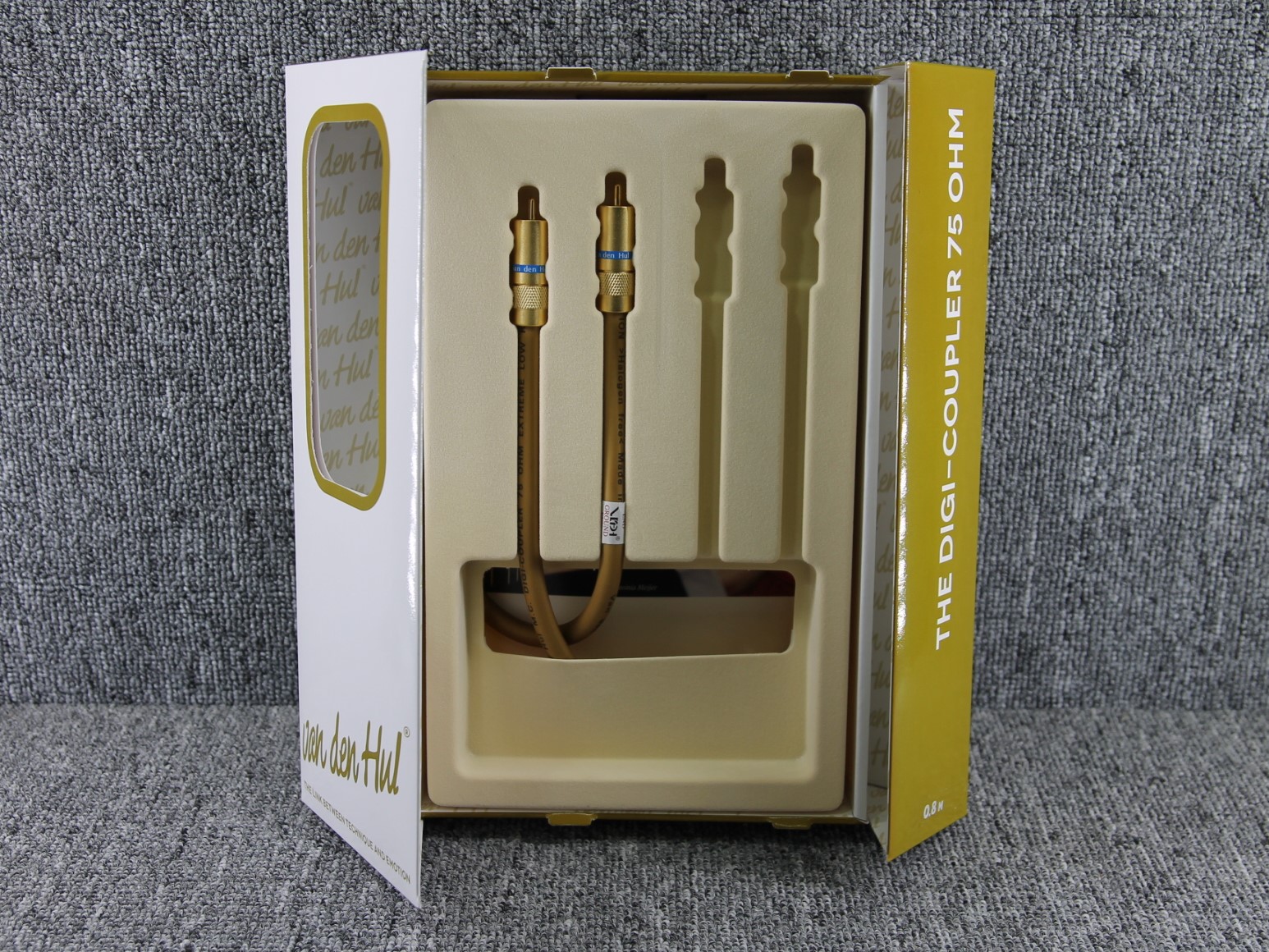 The DIGI-COUPLER 75 Ohm has been specially designed bearing the highest possible transmission quality of 75 Ohm impedance level SPDIF consumer format digital audio in mind, and is aimed at the critical audiophile as well as the professional.

The DIGI-COUPLER 75 Ohm’s special design covers all aspects required for a flawless and reliable transmission of SPDIF digital audio at short range as well as across large studio distances and allows for notable improvements in your audio quality.
The cable’s strict HF design likewise benefits the transport of Video and HF signals well into the GigaHertz range.

This is important, since otherwise the signal will be reflected up and down the cable (i.e. standing waves). Such signal reflections deteriorate signal integrity by causing the digital audio signal as seen at the receiving end to be overlapped with time delayed replicas of itself (i.e. signal reflection induced inter-symbol interference).At the receiving side this negatively influences the D-to-A converter clock retrieval circuitry’s (PLL’s) ability to maintain a stable sample rate (i.e. fluctuations in the timing interval between the audio signal’s samples occur).
The resulting distortion of the audio signal is officially called “jitter distortion” and is particularly perceivable as reduced resolution and imaging.

In The DIGI-COUPLER 75 Ohm not less than 3 dense braided shields, 3 foil shields and a Linear Structured Carbon ® (LSC) saturated outer layer are used, which combined shielding factor results into an ultra high screening attenuation and an ultra low transfer impedance; This allowing the cable to carry the designation “Superscreened”.

The DIGI-COUPLER 75 Ohm’s supreme immunity against radio frequency and electromagnetic interference allows trouble-free use of large lengths. Multiple lengths can be run in parallel without risk of mutual interference, even with other cabling (e.g. in cable conduits).

Signal cables are denominated “Superscreened” or “Low Transfer Impedance type” when their Transfer Impedance is as low as or lies below 50 µOhm/m.
The Transfer Impedance is a measure for the quality of the shielding and is defined as the relation of the voltage along the screen of the disturbed system to the current of the disturbing system.
The lower the Transfer Impedance of a cable the less susceptible its transferred signal is to external interference, but equally the other way around: the less noise the cable itself radiates.
The latter is also expressed in the so-called screening attenuation figure, which indicates the ratio between the power radiated from the cable and the signal level it transports.
Our Superscreened The DIGI-COUPLER 75 Ohm cable’s screening attenuation and transfer impedance show excellent figures up to our measurement limit of 3 GigaHertz (see HF Performance Graphs below).

Bearing professional, broadcast and high resolution applications in mind, The DIGI-COUPLER 75 Ohm’s design has all the technology on board for exceptional performance without compromise.

The DIGI-COUPLER 75 Ohm provides the cleanest possible signal transport in all 75 Ohm impedance level applications and is the ultimate choice for the critical audiophile, videophile and professional.

Next to our standard sales units (see specifications below) The DIGI-COUPLER 75 Ohm is also available on 100 m. reels fitted with end-caps to prevent any entrance of chemically polluted air.