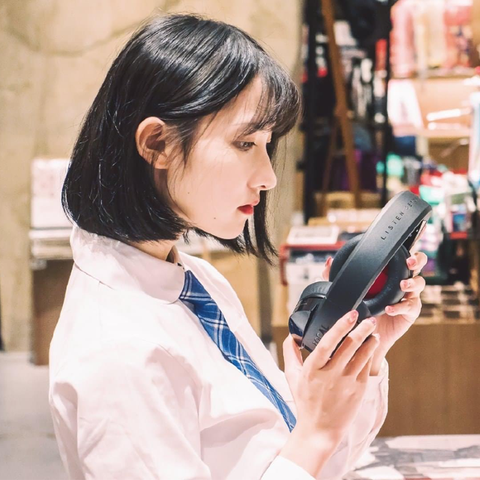 The compact one: pure, honest, agile
Say hello to the brand-new Contour 20. Everything we know about speaker design in a compact, clean, great-sounding package
Compact? Yes. Compact-sounding? No.

The Contour 20 standmounter takes everything we know about speaker technology – we’re Danes; we know a lot – and puts it in a compact, clean and great-sounding package.

Its sweet-toned Esotar2 soft-dome tweeter has been a legend in its own right for years. It’s commonly regarded as one of the world’s best-ever drivers – and because it’s been such a great friend to so many millions of ears (and a key part of Contours past), we just had to give it another outing.

The extended-excursion 18cm woofer, though, is brand new. It’s powered by a lightweight aluminium voice-coil and a vented dual-ferrite magnet system, and was created by driver specialists Danny Pasfall Christensen and Andreas Eberhardt Sørensen and their team under acoustic maestro Daniel Emonts. (They can hear the differences between different types of glue. We like those guys.)

It’s made from MSP – a material we developed ourselves, and have been using in our drivers since 1985. MSP gives exactly the right combination of stiffness and damping – which you’ll hear as exactly the right combination of power, finesse and control. Just what a Contour speaker should have. But we’ve taken it further: we’ve varied the diaphragm’s thickness across its surface, which gives even greater control over its sound.

Making a Contour without its signature baffle would be like making a car without wheels. Unthinkable. But there’s always room for improvement – and our designers love to stretch their legs (you should see the number of sketches they produced for just this part). This baffle is aluminium, and set into the cabinet. Its chamfer is included in the driver’s basket – which not only looks great, but also reduces unwanted high-frequency diffraction effects for clearer treble, and provides a solid foundation for the drivers to do their work. A solid foundation means improved high-volume performance at low frequencies, too (although your neighbours might not thank us for that). 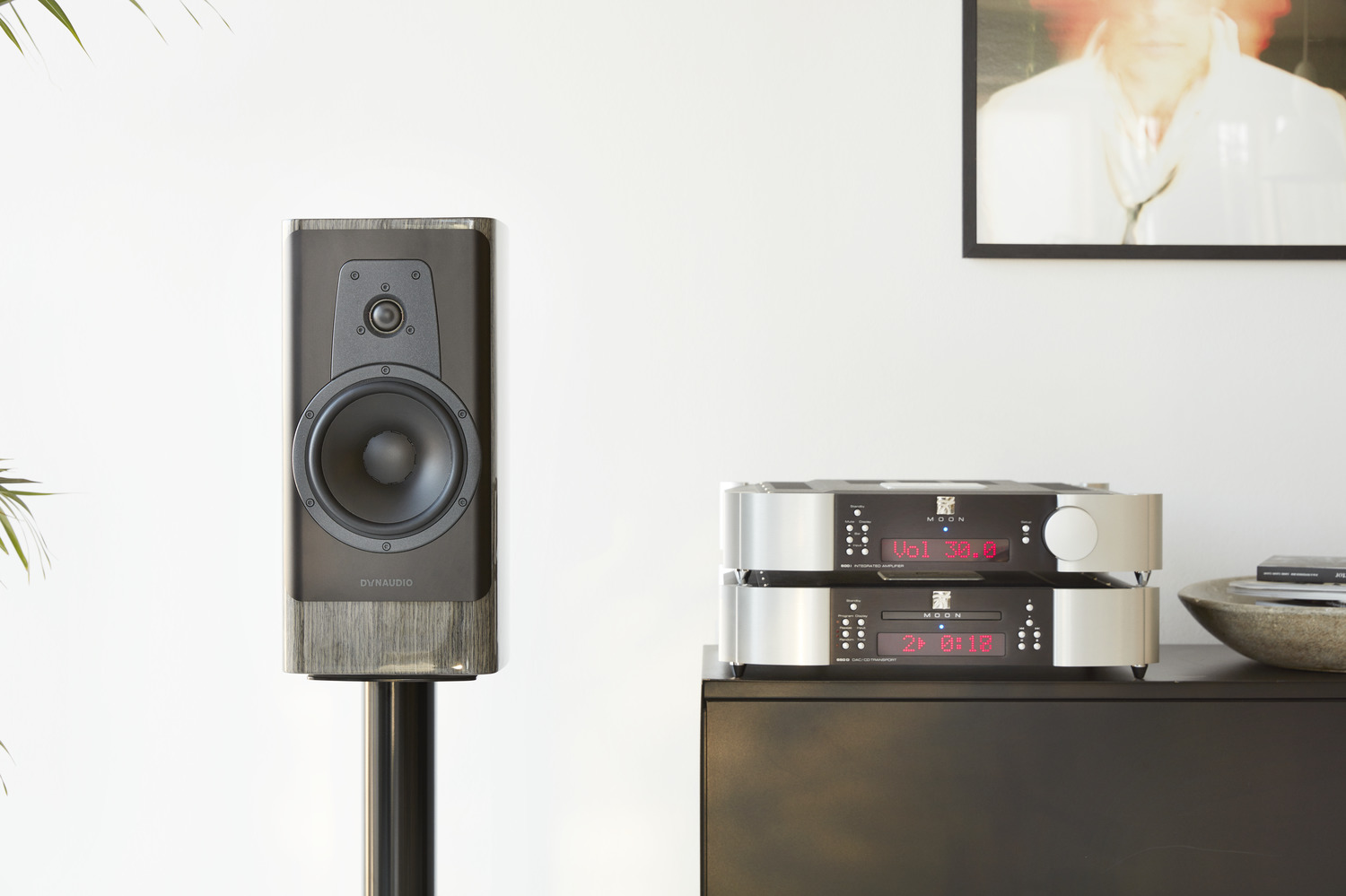 And although we might have changed the cabinet’s shape (square is out; curves are in), the new design tips a respectful nod to older Contours. Look at it from the top; you’ll see the old baffle design in its shape. But it isn’t just for show – the new shape marries those aesthetics with cutting-edge acoustic physics. Its multi-layered construction is extremely well-damped, which means the Contour’s sound goes exactly where it’s supposed to: forwards.

We’ve redesigned the internal wiring and crossover, too. You won’t see what we’ve done, but you’ll hear the effect: amazingly clear sound, even off to the sides of the speakers. We love it. 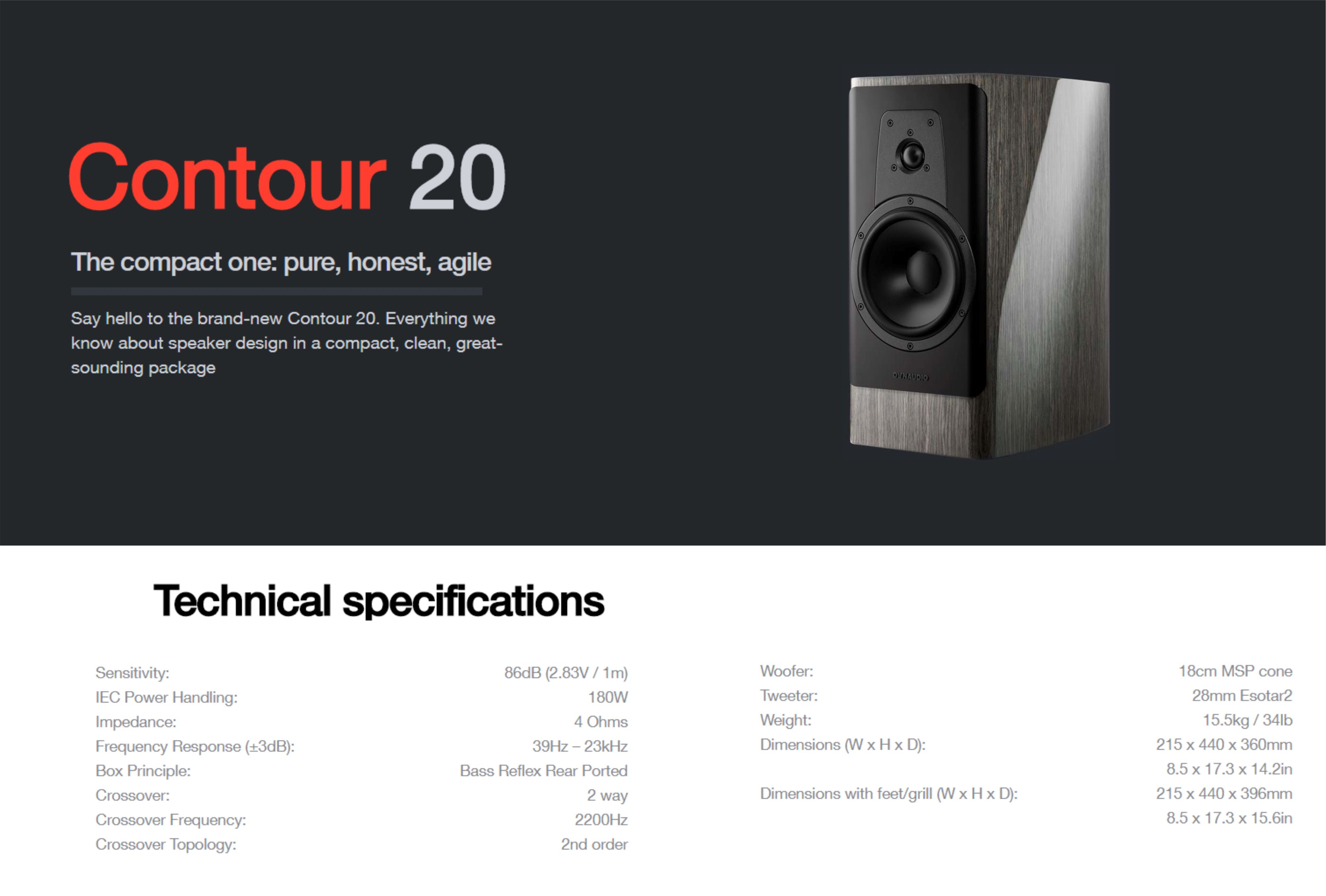